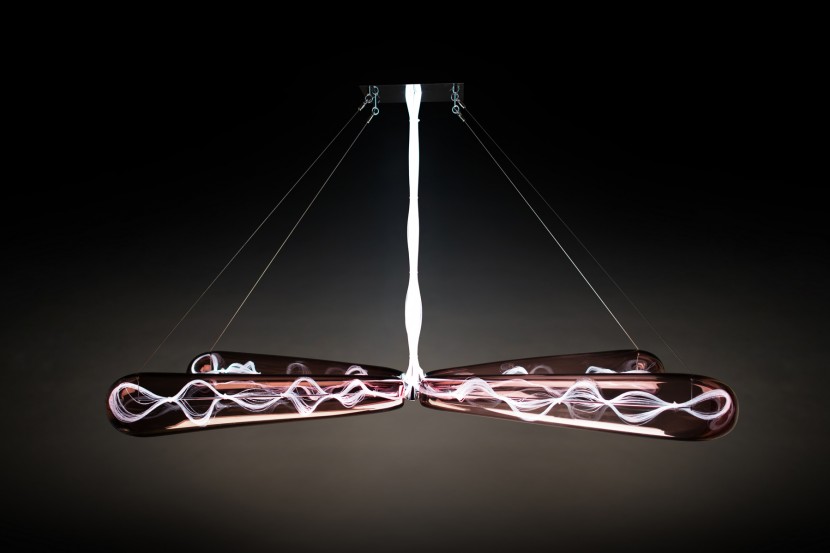 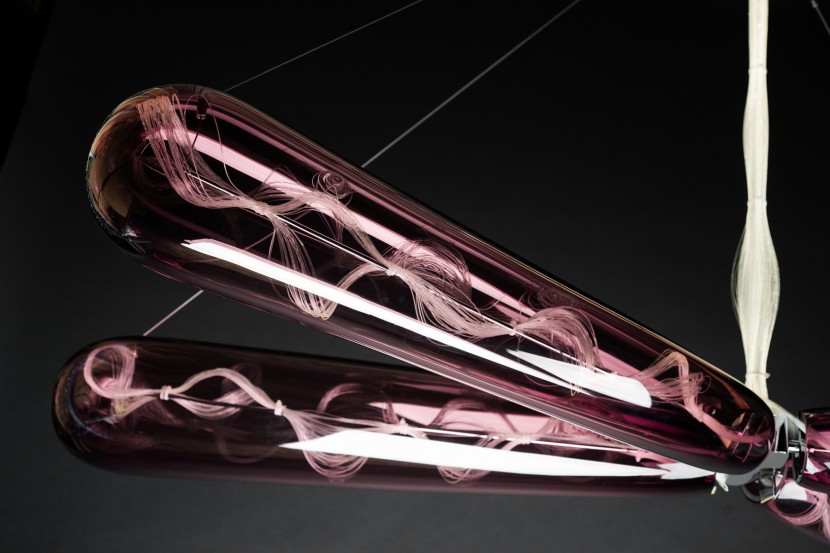 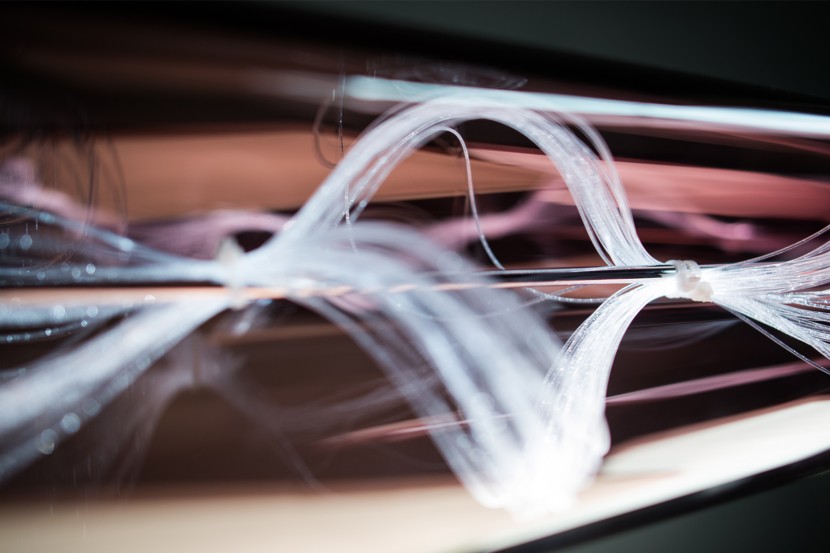 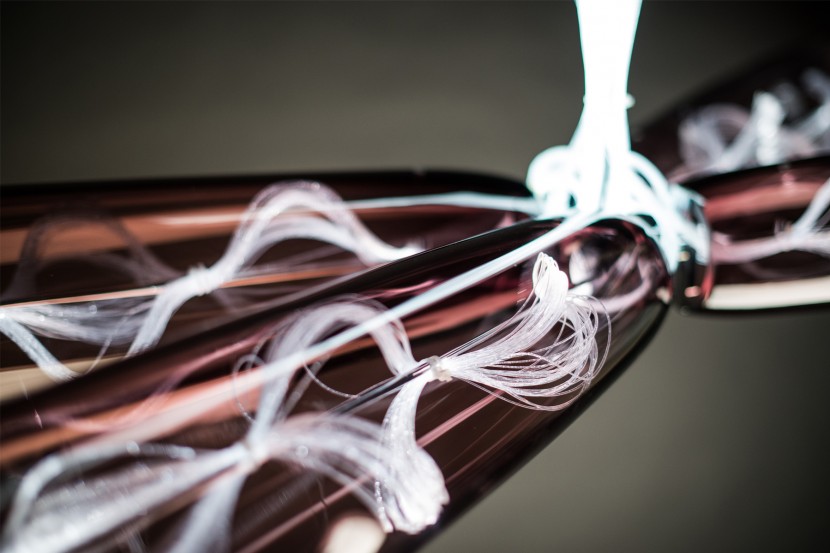 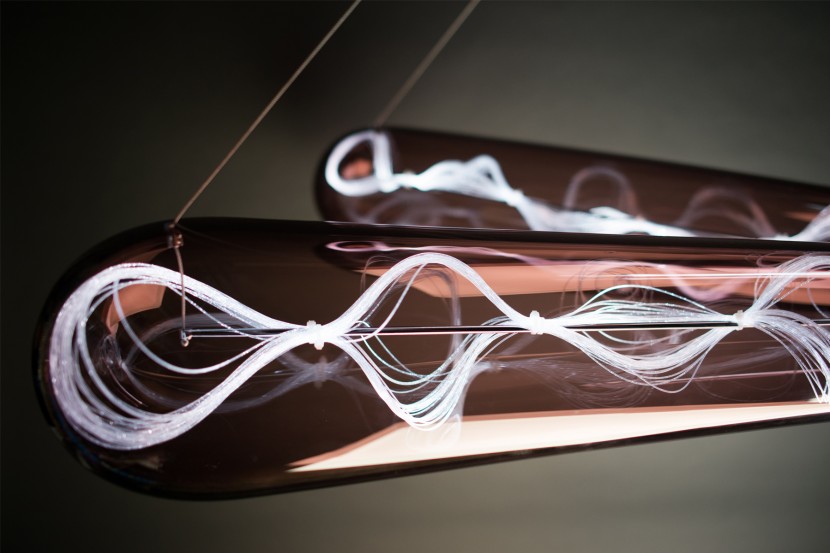 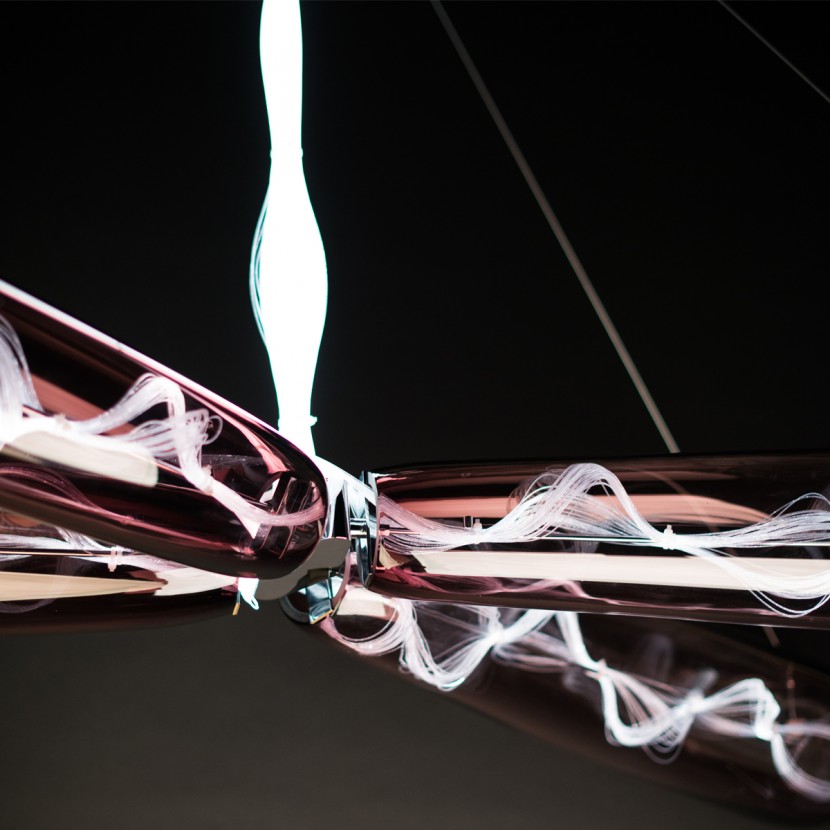 More than a lighting suspension, THE CHROMOSOME, is a collectible design which extends Murano know-how and, for the first time, merges it with innovative fiber-optic technology to create a bold new shape and idea.

This design story begins over 10 years ago when Patrick Naggar first started collaborating with the French Murano glass luxury lighting company, Veronese, to first develop his designs for private clients and then eventually to create exclusive collections for Veronese – Orbe and Drop. Simultaneously, Mr. Naggar and Veronese were forging an equally prolific relationship with The Ralph Pucci International Gallery. As Veronese worked closely with Mr. Naggar to bring to fruition his designs, Ralph Pucci introduced them to the American market.

Following a decade of success, it was time to create an exclusive, yet original design for the Ralph Pucci gallery. In 2014, Ruben Jochimek, the artistic director of Veronese, and Ralph Pucci met in New York City to discuss advancing the Veronese-Pucci relationship. Mr. Jochimek explains that, “…following a second visit to New York, our common wish to create a collectible design exclusively for the gallery, little by little, became a reality as THE CHROMOSOME took shape, thanks to the talent of Patrick Naggar.”

The Chromosome suspension is a spectacular piece that took nearly six months of development and a lot of back and forth between the designer and the Veronese creative team. It consists of 4 bold pieces of Murano glass, each of which were fully blown and hand-shaped in Murano, Italy to attain a refined translation of the X chromosome shape. To achieve the most complimentary artistic interpretation of the DNA strands, Veronese turned to fiber-optic technology, a first for the House of Veronese, creating a unique lighting experience. In Patrick’s own words: “The Chromosome reflects the past, symbolized by the Murano glass know-how, and scientific advances, which is represented by the fiber optics incorporated to pattern after the DNA strands. A physical phenomenon can be a source of design inspiration, as was for me with both the Orbe and Drop collections, which were inspired respectively by the shape of water drops and the galaxy.”

After years of working together, it was obvious to both Mr. Jochimek and Mr. Pucci that, Patrick Naggar was the designer befitting such a task. From conception to creation to launch, Veronese, Patrick Naggar and The Ralph Pucci International Gallery collaborated with speed to assure that the new design would be ready for launch during the 2014 Art Basel-Miami show. And to an excited audience, The Chromosome was indeed revealed at The Ralph Pucci International Gallery in Miami as part of Art Basel 2014.