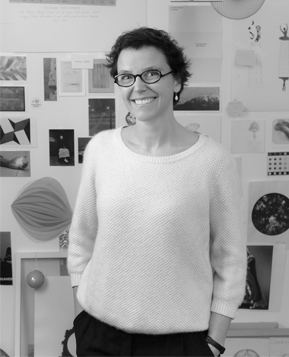 Constance Guisset Studio was founded in 2009 specialized in product design, interior design and scenography. The Studio creates lighting and animated objects that aim to arouse wonder and to invoke a moment of escape.

After studying at ESSEC business School and Sciences-Po Paris, then a one-year internship at Japan Parliament in Tokyo, Constance Guisset chose to turn towards design and enrolled in ENSCI design school. In 2008, she was awarded the “Grand Prix du Design de la Ville de Paris” and wins the Prize for the Public of the Design Parade at La Villa Noailles (Hyère, France), as well as two grants from the VIA (French institute for the valorisation of innovation in design). In 2010, she is named among the “ten designers of the year” at Maison & Objet, Now! Design à vivre and is awarded the Audi Talents Awards.

Since 2009, the Studio has realized the stage designs of several shows, among which Angelin Preljocaj’s solo, Le Funambule, his ballet Les Nuits, Laurent Garnier’s concert at the Salle Pleyel or Mise en scène by the Compagnie Wang Ramirez. It also conceives scenographies for exhibitions for the musée Arts Décoratifs in Paris, the musée du Quai Branly in Paris and the Palais des Beaux Arts in Lille, or for brands such as Les Galeries Lafayette or Molteni (2011, Paris Designers’ days award for best scenography).

In May 2012, the first exhibition presenting the work of Constance Guisset took place at the Chapelle des Calvairiennes, Centre d’Art Contemporain du Pays de Mayenne. In September 2016 a solo show will opened at the MUDAC in Lausanne. From May to September 2017, the musée Fabre in Montpellier (France) hosted an exhibition about her work, named Les Formes savantes. And, from 2017 – 2018 The Musée des Arts Décoratifs in Paris dedicated an entire exhibition to her work.