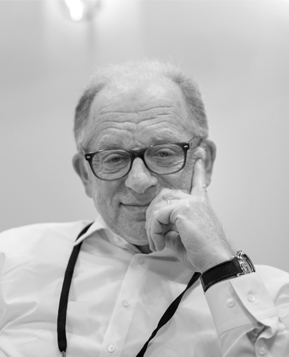 The opportunity to create every day is what energizes Fredie Jochimek, the president of Veronese. As a boy, he dreamt of becoming a cabinetmaker, but as a young man he chose a more conventional education. Eventually, he joined his family’s business, Ideal Cuir, which specialized in crafting leather goods for Haute Couture fashion houses. Immersed in the world of leather craftsmanship, Mr. Jochimek set out to learn all the secrets of the trade and to master every technique. While in charge of product manufacturing, he kept up with the intense pace of the fashion industry, running from one show to the next during the frenetic fashion season.

An entrepreneur by nature, Fredie Jochimek, guided by his instinct, took control of Veronese in 2009. At an age most people are planning to retire, he chose to take on the new challenge of Murano glass design. Fascinated by the company’s know-how and infinite potential, Mr. Jochimek found himself living a dream.