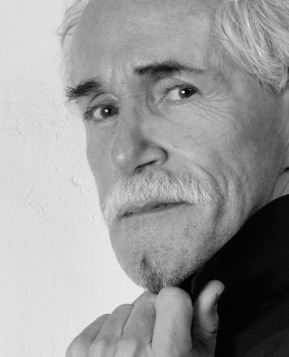 He has lived and worked in Paris since 1965. He first worked in fashion design for famed fashion houses, then turned to the cinema, creating the sets of twenty or so feature films, including François Truffaut’s “Vivement Dimanche”. In 1983, he won the Best Set Design Award from the French Film Academy for Jean-Jacques Beinix’s “La Lune dans le Caniveau”.

His humorous scenographies filled with fantasy have won him worldwide acclaim and made him one of the most accomplished artists of his generation. His work includes the Galeries Lafayette store window displays and many exhibitions for Hermès. He has also designed the interior architecture of the Hermès Tokyo and Seoul museums.

Hilton McConnico has won many awards. He has been designing collections since 1988 for Arthus-Bertrand, Cristalleries de Saint Louis, Daum, Lampes Berger, Point à la ligne, Toulemonde Bochart, Veronese, and others. Some of his works, among which the famous Daum “Cactuses” and the “Chilli Pepper” carpets designed for Toulemonde Bochart, are part of the permanent art collections of a large number of museums across the world.