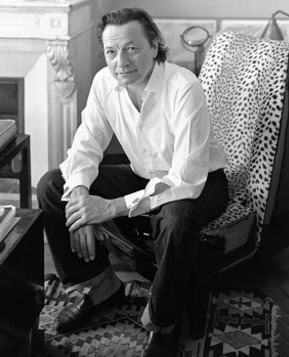 Olivier GAGNERE lives and works in Paris, drawing the living substance of his inspiration from the traditional arts and crafts of France, China and Japan. Playing with materials and shapes with the refinement of a virtuoso, he creates objects and atmospheres whose magic and sober modernity delights our daily lives.

He has worked in collaboration with Ettore Sottsass & the Memphis Group, designed collections for Bernardaud, Saint Louis and Baccarat, and won acclaim for his achievements at Café Marly, the Lido Nightclub and Pierre Gagnaire’s restaurant in Seoul. Initiated in 2002, his collaboration with VERONESE has given birth to several collections of pendant lamps, wall lights and table chandeliers: the CAIGO 1 and 2 as well as the MIKADO lines have never ceased to be an all-time worldwide success.

His works are exhibited in museums throughout the world, including the New York MOMA, the Museum of Decorative Arts and Georges Pompidou Centre in Paris, and the Museum of Modern Art in San Francisco.