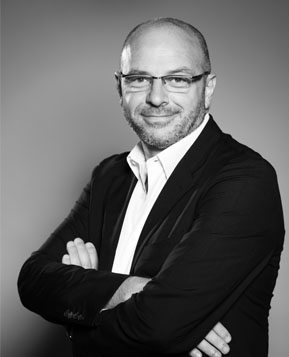 Reda Amalou is an Architect and Designer. After studying and graduating as an Architect at East London University in the UK, he worked for several practices in London and Paris. He founded AW2, an Architecture and Interior design office, in 1997 in Paris. Since then, he has been actively involved in projects internationally. The firm took part in major international competitions such as the Museum of Primal Arts in Paris, won Munkkisaari Urban Redevelopment International competition in Helsinki, Finland, designed the new ESMOD International Fashion School and the FV Hospital in Ho Chi Minh City, Vietnam. Since its creation, AW2 has worked in over thirty different countries. Its work has been rewarded numerous times, winning a MIPIM award, nominated twice at the Grand Prix d’Architecture AFEX, a Chicago Museum of Architecture Award.

The Nam Hai in Hoi An, Vietnam, was the first AW2 designed luxury hotel. The success of the hotel brought worldwide acclaim winning numerous awards and prizes. The firm has since been designing hotels and resorts for brands such as GHM, Six Senses, Four Seasons or Alila. The work is now widely published and AW2 is recognised as a leading design firm in the hospitality industry.

With AW2, Reda Amalou has always chosen to design both architecture and interiors simultaneously. Working at different scales has always been an integral part of his work. In the last few years this has been extended to furniture and product design with several furniture pieces designed for hotels and private clients. He now has signed projects for Veronese, Baccarat and Toulemonde Bochart and is developing various other designs for design editors.